Shortsightedness -when you cannot see to the distance

This dioptric defect causes impaired far vision. It is one of the most frequent eye defects – it is diagnosed in more than thirty per cent cases and the number is rising. Shortsightedness, professionally called myopia, arises most frequently in the childhood or puberty but it can also be detected much later. During a child´s growth the defect deteriorates and between the age of 20 – 25 it usually becomes stable when the individual stops growing. In some cases, the shortsightedness can deteriorate with an increasing age.

Shortsightedness is usually caused by the fact that the eye is longer than a healthy eye – its sagittal length is bigger, so the refractiveness of the cornea and eye lens is too big and the rays are refracted more than it is necessary. As a result the image of the observed subject (when looking into distance) falls in front of the retina and is out of focus on it. But this is only one of the reasons. Shortsightedness is also accompanied by the changes of the optical system of the eye and by some eye diseases, such as diabetes, cataract or diseases of the cornea and eye lens, when they change their curvature.

Shortsightedness is a congenital and genetic defect, but it can also be influenced by so called environmental causes, for example increased strain during studies and frequent reading, watching TV or working with computer etc.

The indication of shortsightedness

Shortsighted person narrows his eyes when looking at distant objects, doesn´t notice familiar people he meets, children sitting in the back have problems reading all the things written on the blackboard and so do not concentrate enough. A child suffering from shortsightedness sits very close to the TV screen or reads and writes with its head close to the paper or a book. But the near vision is without problems and sharp, however it deteriorates from a certain distance. The bigger the defect is the shorter distance can the shortsighted person see. It always depends on the level of shortsightedness and the age of the person. Impaired vision influences a person´s life during his studies as well as by doing professional or amateur sports, driving, free time activities (hobbies and interests) and personal life. So if you think that you or your child have problems with distant vision, make an appointment with your ophthalmologist and agree on an appropriate way of eye correction.

Shortsightedness and the possible solutions

Shortsightedness can be solved by glasses, contact lenses but also surgically. Dispersive (minus) glasses or contact lenses that have concave shape (they are thicker on the sides than in the middle) are used for correction. Thanks to them the rays don´t meet until the retina and the image of the observed object is sharp.  Glasses and contact lenses only correct the defect but don´t remove it. But some people feel uncomfortable wearing them and don´t like them. Despite the fact that even with slight defects they should be wearing glasses or contact lenses all the time. Even slighter shortsightedness can be a cause of some problems, such as headaches, tiredness, being uncomfortable while watching TV, reading from a board etc. The problems are caused by the fact that the brain tries to correct the blurred image and the visual centers have to try harder, compared to the situation when wearing glasses. Immediately after you start wearing glasses or contact lenses, the problems disappear. Shortsighted people after 40 should pay more attention to their eyes, so called presbyopia (impaired near vision) can develop. In this case, the only solution is to find an appropriate way to treat both defects. 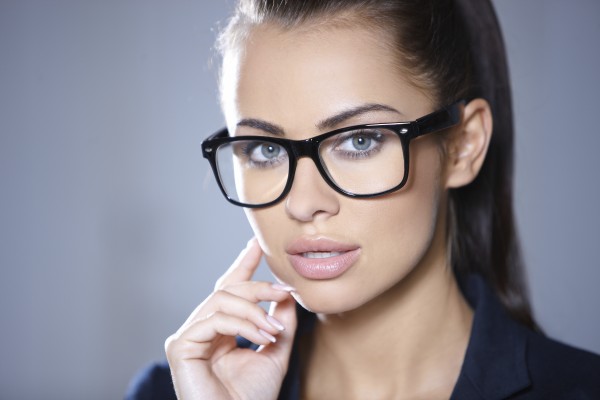 In case of shortsightedness laser and surgical eye operations are suitable for many people. Surgical interventions solve dioptric defects by changing the curvature of the cornea. During an operation the cornea is adjusted so the observed objects appear sharp and precise on the retina. With the help of the laser methods we can permanently treat not only shortsightedness but also farsightedness and astigmatism. At our clinic we recommend our shortsighted patients the NeoSMILE 3D  laser operation. During these interventions the laser beam precisely and gently changes the thickness of the cornea, so the image is projected directly on the retina and is as sharp as in the eye that has no dioptric defect.

With some patients (serious shortsightedness – over -10 diopters or too thin cornea) the laser methods may not be suitable. In these cases we recommend intraocular operations, when patients are implanted an intraocular lens, which is implanted in the eye directly in front of eye lens (into so called front chamber of the eye). It is an artificial lens which permanently corrects the defect directly in the eye and improves vision. With patients about 45 years old, who suffer from presbyopia, the appropriate solution is an intraocular operation PRELEX. During this intervention, the original human lens is substituted with a multifocal intraocular lens, which will provide perfect and sharp vision, so that glasses are not needed at all.