Josef Hycl, M.D.
Medical director and Co-founder of our clinics 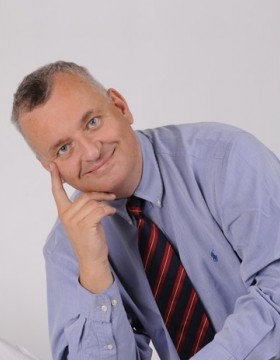 Josef Hycl, M.D. is the renowned Czech eye microsurgeon, co-founder of the eye clinics NeoVize Brno and NeoVízia Bratislava, medical director of both clinics. He performed a surgical procedure of correcting a refractive error with the method femtoLASIK on the chief doctor Radovan Piovarči in 2010.

Dr. Hycl was an assistant specialist at the First Eye Clinic of the Faculty of Medicine of Charles University in Prague where he gave lectures to medical students on the subject of cataract and refractive surgery.

He focused on teaching microsurgery during his whole professional carreer, and he taught a lot of renowned eye surgeons and refractive specialists. He has been involved in teaching within the International cataract school, organized by the ČSRKCH.

Dr. Josef Hycl completed a number of study programmes at clinics in the USA, Germany, Austria and France. He is the author of more than 40 domestic and foreign scientific publications. He delivered more than 200 scientific lectures and information at domestic and foreign symposia. He is the author of a textbook on eye medicine and Atlas of Ophthalmology and other books.