The safety and gentleness of the procedure has reached a completely new level.

In April 2012, we brought laser surgical procedures into every- day practice at our clinic DuoVize Prague. Since January, our Slovak eye clinic, NeoVízia Bratislava, has been the first Slovak eye clinic to start performing the cataract surgeries with the help of a laser.

The femtosecond laser LenSx is the first laser that is meant for a complete laser surgery on cataract with the approval of the FDA and the CE. It is a method that is called femtocataract in the world.

During the course of 40 – 50 seconds, the laser smashes the hazy intraocular eye lens, creates an opening in the lens case, creates incisions in the cornea and removes astigmatism with the help of the corneal incisions. 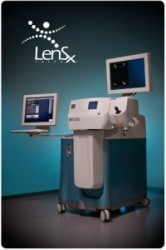 There is currently no other laser that has an FDA and CE certification for creating corneal incisions, incisions in the cornea that correct astigmatism or creating the circular incicion in the lens case in order to smash the hazy eye lens.

In May 2013, more than 100.000 surgical procedures had been performed with this method worldwide.

It is the worldwide most used machine for laser surgeries on cataract. The whole surgical procedure with the use of the femtosecond laser LenSx is directed by a computer and completely individually tailored to the needs of every single patient. The surgical procedure is planned by an eye surgeon with the help of the integrated eye tomograph (OCT), which can precisely portray the inner structure of the eye. 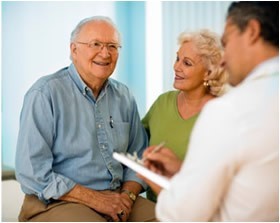 The main advantages of the laser are the following:

The femtosecond laser LenSx is the first laser in the world that has been used for surgical procedures on cataract. The first surgery on cataract with a laser was performed by professor Nagy in Budapest in the year 2008. The first surgery with the help of a laser Len Sx on cataract in the USA was performed on the 28th of February 2010 in Houston. The laser LenSx has been in regular use since the year 2011, when the first 17 machines were installed, mainly in the USA.

The laser LenSx has undergone an extensive approval process of the US- American Food and Drug Administration (FDA) and is approved for regular use in surgical procedures. 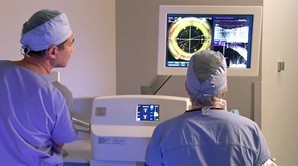 Approval for clinical use:

a. FDA (Food and Drug Administration, USA) since the year 2009

The results of the mentioned table indicate, that the femtosecond laser LenSx is meant for the performance of complex surgeries on cataract. There is no single step in the surgical process that would require the use of a scalpel. The laser is fully approved by the FDA, as well as the CE for all steps of the surgical procedure. Its positive results have been confirmed on more than 100.000 performed surgeries around the world.

Acquiring the FDA certificates is a proof of a piece of medical equipment being not only safe, but also that the surgical results are positive for the patients. 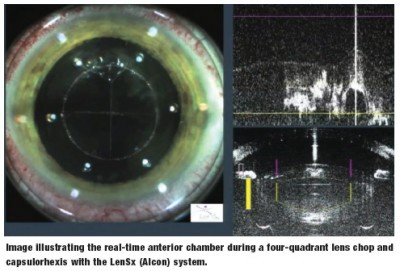 The femtosecond laser is a special solid-state laser with ultra- short impulses in the length of one billionth of a second. Mathematically, the length of one impulse can be expressed as 10 – 15. The laser uses the pulses of the laser ray to create small bubbles in the tissue that separate the tissue. This makes it possible to perform a surgical procedure without having to use a scalpel or any other sharp instruments.